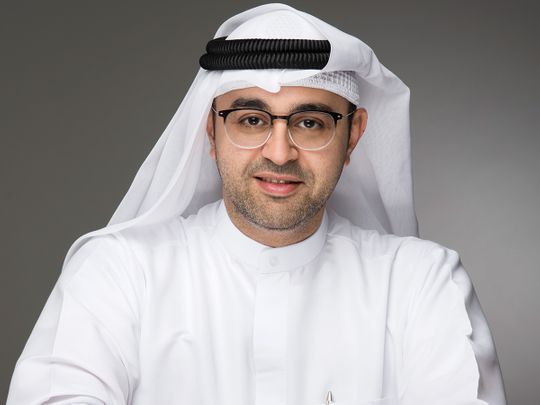 Khalid Jasim Al Midfa, Chairman of Sharjah Commerce and Tourism Development Authority (SCTDA) has led SCTDA to achieve many triumphs at the international and local levels, becoming a cornerstone of Sharjah’s tourism development efforts, while pushing events forward. and the emirate forums at an even higher level. standards.

During Covid-19, securing the health of visitors and restoring confidence was paramount in the sector. To achieve this, under the leadership of Al Midfa, the Authority worked with stakeholders to focus on the development of the Sharjah Safe for Tourism stamp.

The initiative was a mark of assurance given to all establishments in Sharjah, which have fully adhered to the public health protocols set out by the World Travel and Tourism Council (WTTC), as well as the establishments’ precautionary operational guidelines. hoteliers in Sharjah during the Covid-19 manual. The manual describes updated procedures for hotels in Sharjah, helping to control the pandemic and giving visitors a sense of security, allowing the emirate to see a gradual return to activities once the vaccine rolls out in the UAE. has begun.

Pre-Covid, following a mandate to be on a par with other leading tourist destinations, Al Midfa was instrumental in the significant introduction of a new hotel classification system, providing a valuable guideline for the emirate’s hotel sector, an essential part of the visitor experience. Al Midfa also oversaw the establishment of the Sharjah International Travel and Tourism Forum, now in its eighth year and growing in number, dedicated to the development of the hospitality industry in the emirate.

Among many advances, Al Midfa was also responsible for the digital transformation strategy of the Authority’s services, launching an accredited IMS with four international ISO certificates, developing the profession of tourist guide in the emirate and launching a digital training platform based on international best practices, in addition to a collaborative redevelopment of the Sharjah hostel.

During Al Midfa’s tenure at SCTDA, one of the Authority’s greatest successes has undoubtedly been the growth of the Sharjah Light Festival and the F1H2o World Championship. The 2020 edition of the SLF celebrated its 10th anniversary at over 19 locations and saw a massive turnout of over one million visitors. 2019 was the 20th edition of F1H2o in Sharjah. These stages are a true testament to the journey Sharjah has taken, becoming a strategic tourist destination, occupying a distinctive place on the map of local and international tourism.

Al Midfa cites the team efforts of partners and stakeholders as the supporting force behind the growth of Sharjah’s highly successful and innovative tourism achievements with the commitment to a shared vision and the constant desire to work together for the promotion of Sharjah as a key determining factor.