Role of traditional leaders in the development of cultural tourism

NOTHING defines a country and makes it unique like its culture. Visiting art galleries, monuments, museums and experiencing living traditions or tasting indigenous cuisines are undoubtedly the best guides to discovering a country. This is precisely what makes cultural tourism fascinating.

Zimbabwe is blessed with an exclusive amalgamation of natural and cultural heritages, impressive landscapes, a favorable climate, rich flora and fauna and a wide range of archaeological sites. Its mountains and bodies of water offer many fascinating experiences. The largest pre-colonial city in sub-Saharan Africa, the Great Zimbabwe World Heritage Site, is located in Masvingo, Zimbabwe.

According to the United Nations World Tourism Organization, cultural tourism refers to “the movement of people for primarily cultural reasons such as study trips, performing arts and cultural visits, trips to festivals and the like. cultural events, visits to sites and monuments, trips to study nature, folklore or art and pilgrimages.

This type of tourism is the fastest growing segment of the tourism industry, as many visitors want to experience and consume the tangible and intangible cultural products and attractions of a tourism destination. This trend is evident in the increase in the number of tourists seeking adventure, culture, history, archeology and interaction with the local population.

Cultural tourism has been widely seen as the panacea for economic recovery. Therefore, creating a plan to attract cultural tourists can help define the country as a cultural and artistic destination as tourists are constantly on the lookout for authentic cultural experiences.

Cultural tourism is important for various reasons as it has positive economic and social impacts. It establishes and strengthens identity, helps preserve cultural heritage, with culture as an instrument that facilitates harmony and understanding among people, supports culture and helps renew tourism.

In addition, cultural tourism provides a platform for the conservation of cultural and artistic heritage, local prosperity for non-traditional tourist destinations and forging links between different cultures. Thus, cultural tourism is not only concerned with the identification, management and protection of heritage values, but is also involved in the sustainable development of communities, realizing economic and social benefits by providing financial resources for the protection. and the precise interpretation of cultural resources.

Physical objects of culture allow us to better understand and appreciate the complex lives of people who have interacted with these objects. They also give us insight into non-material culture, which includes the ideas, beliefs, habits and values ​​of a people.

There is a huge market for contemporary, historical, collectible and facsimile royal memorabilia and memorabilia of varying aesthetic quality, appeal and a wide range of products exist to meet this demand.

Many assume that the role of traditional leaders is to allocate land and intervene in community disputes. Elsewhere, monarchies around the world play an important role in the development of tourism. For example, royal families in Europe play a huge role in promoting tourism in their country.

Upon independence in 1980, traditional rulers were integrated into government structures so that they could play a significant role in the development of the country as custodians of our culture.

The status and role of traditional rulers has furthermore been recognized in Chapter 15, Section 282 of the Constitution which provides that: “Traditional rulers have the following functions within their areas of competence a) promote and defend the cultural values ​​of their communities and, in particular, promote healthy family values; b) take measures to preserve the culture, traditions, history and heritage of their communities, including sacred shrines and the right to culture; c) facilitate development; d) in accordance with an Act of Parliament, administer communal lands and protect the environment; e) resolve disputes between persons of their communities in accordance with customary law, and f) exercise any other function conferred on them or imposed by an Act of Parliament ”.

Traditional leaders are closer to the people and can play a central role in driving cultural tourism in areas of their jurisdiction.

With the change of the communal way of life from that of traditionalists to Western way of life, traditional rulers should actively preserve traditions for economic development for the benefit of their subjects.

There is no doubt that there are cultural assets in rural areas that traditional leaders do not take advantage of because they believe that traditions should be preserved rather than turned into businesses.

Role of the media in promoting cultural tourism

There is no doubt that cultural tourism has the potential to flourish in the region. However, the information should be readily available. Cultural attractions should be better organized, offer more information and improve the cultural experience.

Since the start of the new millennium, when Zimbabwe embarked on the Accelerated Land Reform Program, the country has received a lot of negative publicity, even though the country has a diverse culture, ancient heritage, fascinating natural attractions and is with a rich history that can serve as a tool to change the image of the country.

The predominant image of the country in international media remains that of gross human rights violations, making it a dangerous tourist destination.

Therefore, to change this distorted image on the international stage, the country should use its enormous cultural heritage resources to promote and accelerate a shift in perception and generate positive publicity.

The media play an important role in cultural promotion and preservation at all levels. Cultural promotion implies that the media transmit and enhance the cultural heritage of one people to others in such a way that those who do not know it become fully aware of it and also familiarize the new generation with their culture. Most cultures are either on the verge of extinction or on the verge of extinction due to non-transmission to future generations. 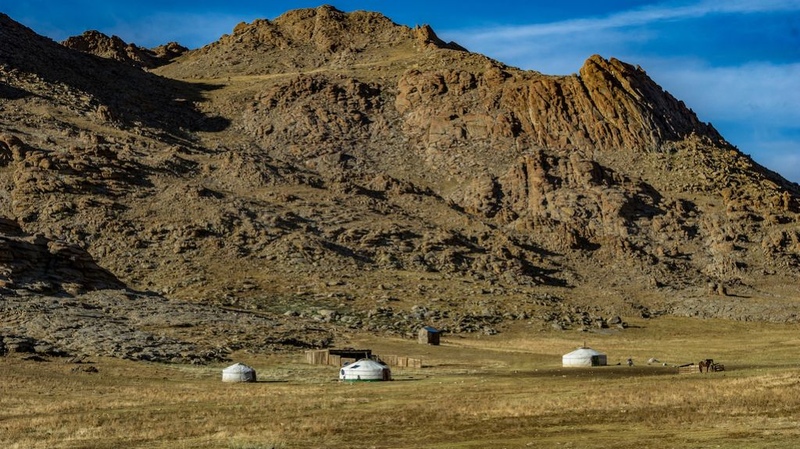